They first brought out plates and placed little forks on them which I immediately assumed were for the oysters because I’m clever that way. 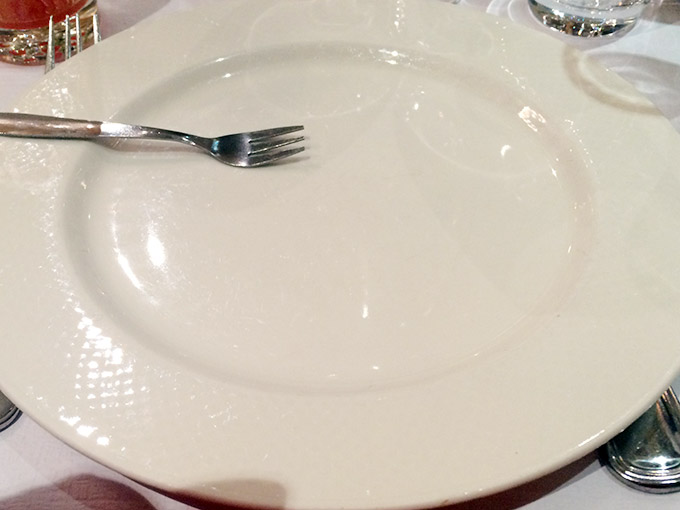 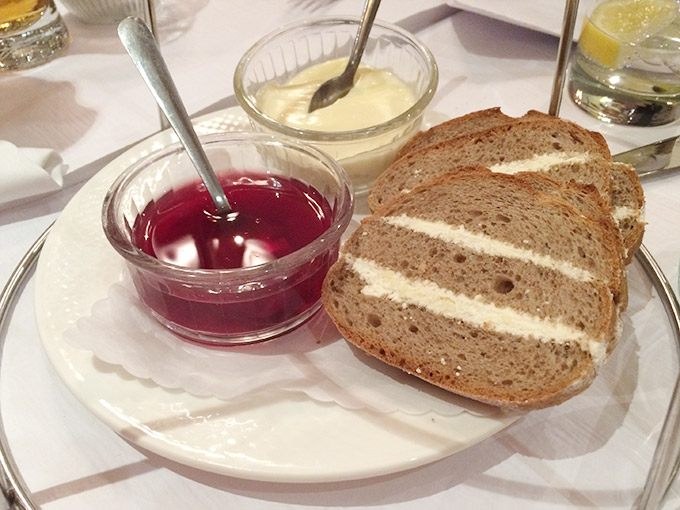 I was advised to go with a smaller variety for my first taste of oysters, mine are in the bottom portion of the platter in the photo. I believe this variety is called papillons. I expected both taste and texture to be somewhat different, but was pleasantly surprised as to how mild they were. 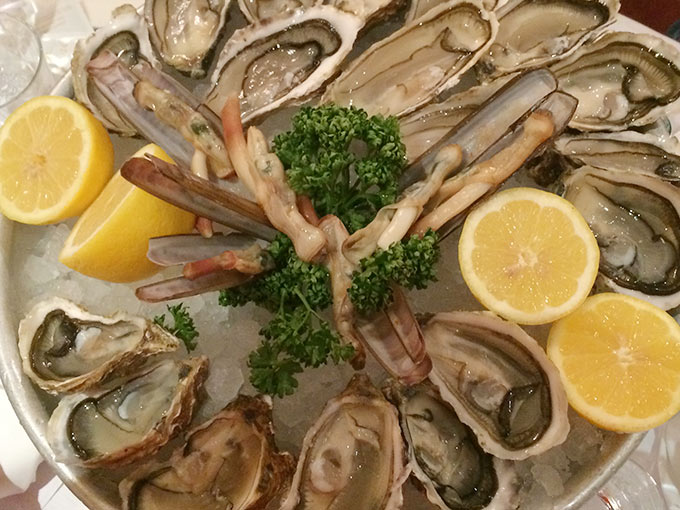 One of my friends ordered razor clams – the oblong shellfish in the middle in the photo below – they were absolutely delicious. 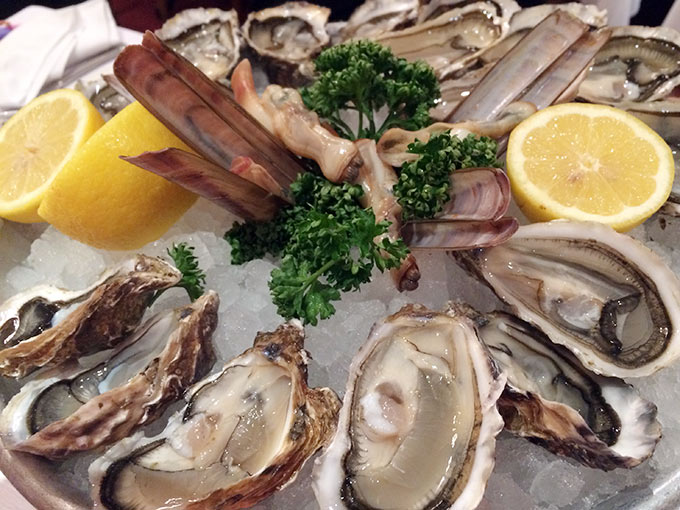 One of the papillon oysters I had. 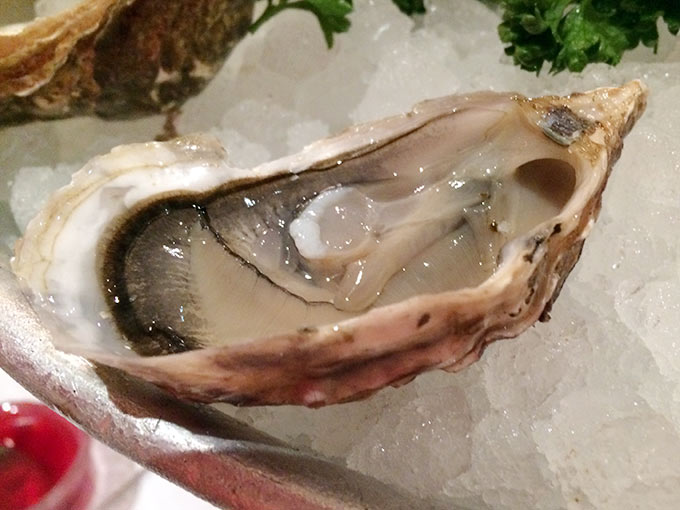 For my main dish, I ordered lamb shank. It was cooked to perfection for five straight hours! 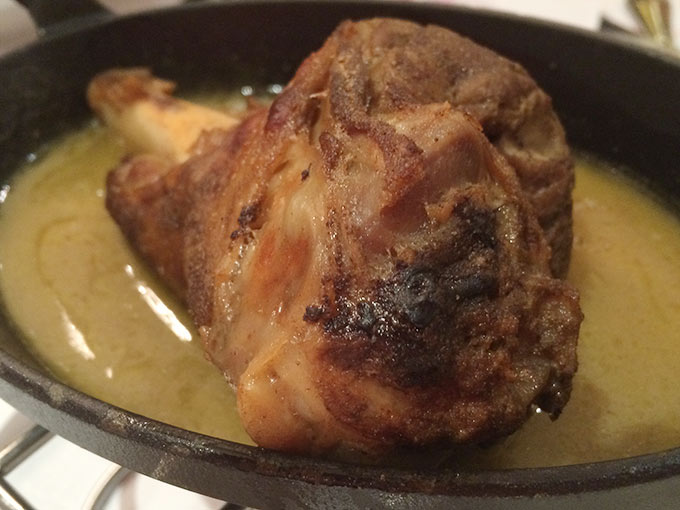 The lamb shank came with sides of braised red cabbage (which I absolutely love) and mashed potatoes. 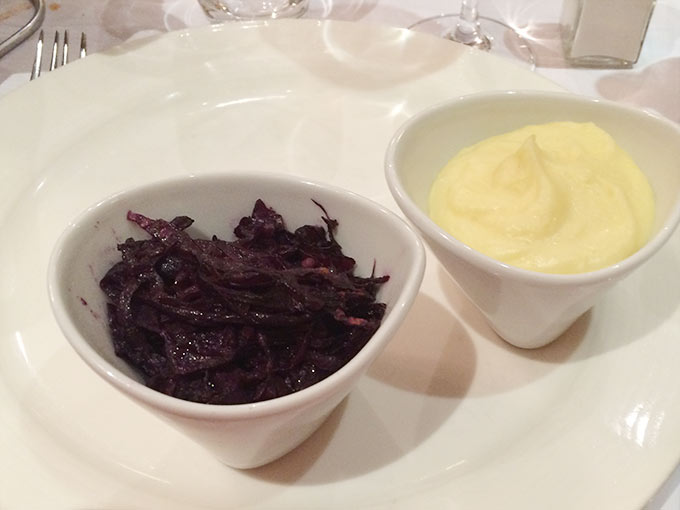 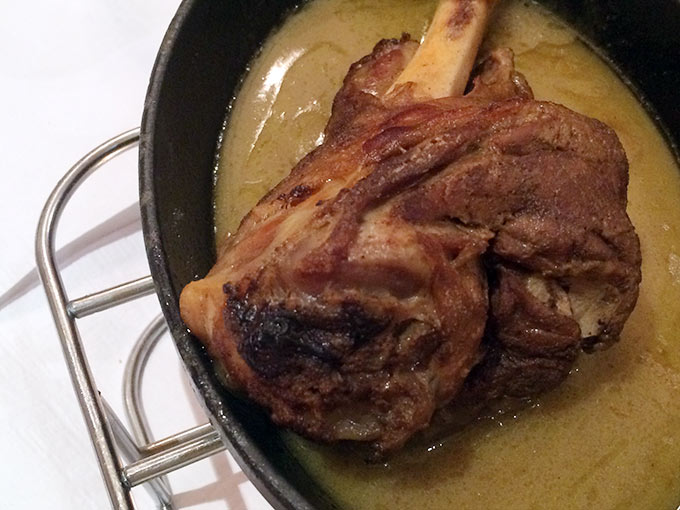 As for dessert, can you ever really go wrong with lemon meringue pie? I think not! It was a great evening all around, great friends, great food and great conversation! 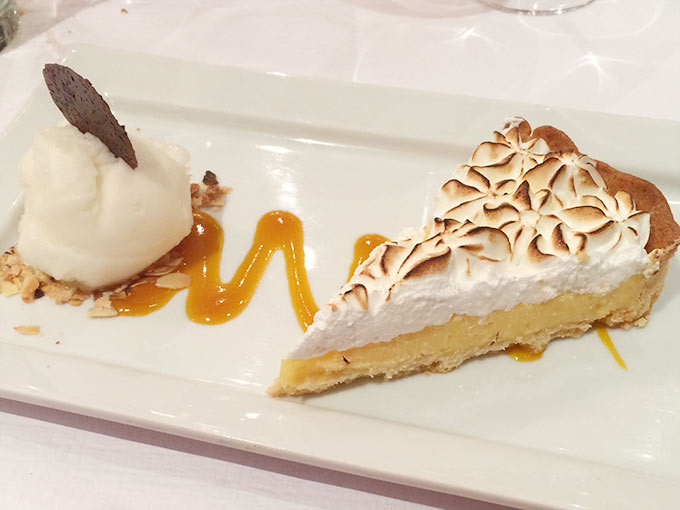