So there is this one episode of Friends where Monica and Phoebe get into a fight. Monica says something disparaging about Phoebe’s music to which Phoebe responds:

Well at least not all of my songs taste like garlic. Yeah, there are other ingredients, Monica.

Now it might be just me, but I suspect Monica is now moonlighting in Café des Source’s kitchen right here in Geneva. And if she is, garlic is still very much her star ingredient.

With that being said, Café des Source is still a nice little neighborhood joint, and they clearly use fresh ingredients in their food. And frankly, I’ve just about had it with Geneva’s lackluster efforts in making half decent food, so I’m now just giving out points to anyone who gets anything even remotely right.

I asked for pasta and you brought me pasta, yaaaay! G-o-o-d  j-o-b!

Oooh well isn’t this just WON-DER-FUL?! Your burger consists of a bun and some meat type thing in the middle, who’s the best cook in the world? Yeeeeeeeees, you are! YOU ARE!

To kick things off, I ordered garlic. It was seasoned with a little salad and octopus. 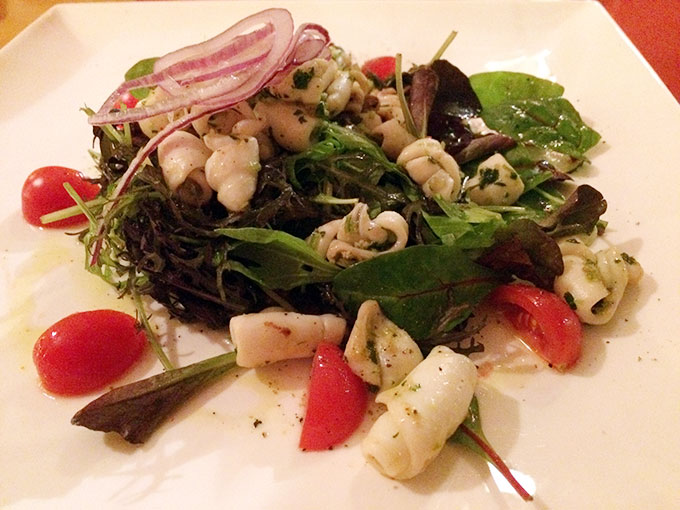 And then for my main course, after much thought and deliberation, I figured I was in the mood for some liquid garlic. What else, as some dude in a TV ad would say. It came with a side of fries and was served over a bed of entrecôte – probably mostly for texture. 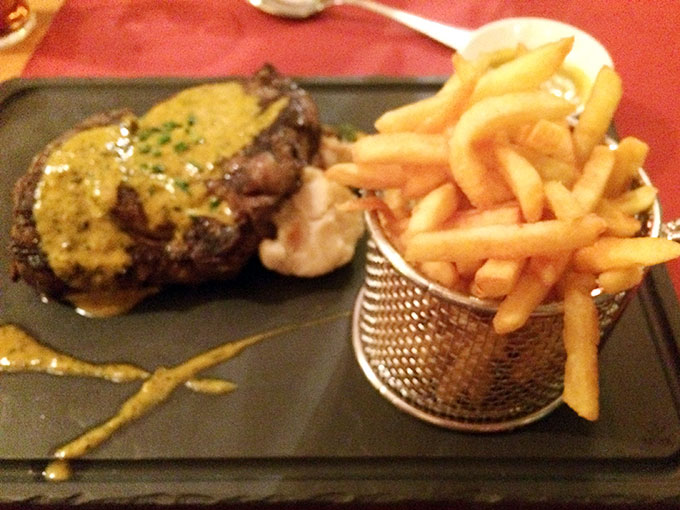 I’m not too sure what happened with the fries, but there was absolutely no sign of any garlic in them… what went wrong there, Café des Sources? And you were doing so well with everything else! BUMMER! 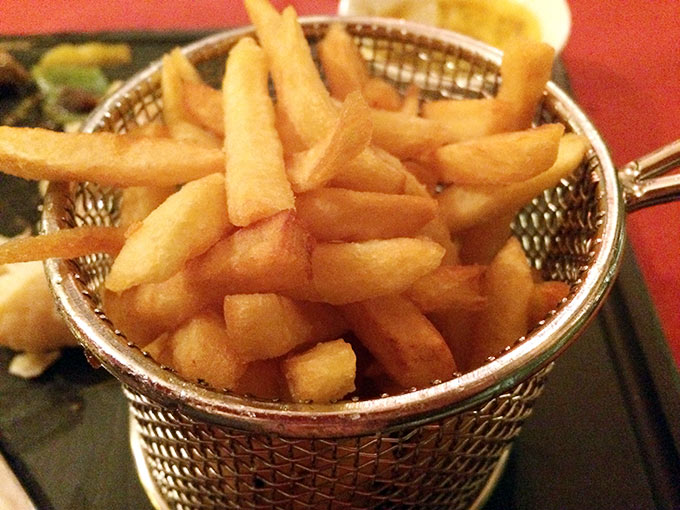 Then came dessert… OK truth be told, dessert never came. Partly because the server never came back to take our order, and also because, while I would have loved to spend the rest of the evening ordering different garlic dishes off the menu, I somehow only like a subtle hint of it in my dessert and I wasn’t sure what Café des Sources’ policy was on that particular issue. So that was that. And in fairness, I don’t blame the servers for not wanting to get too close to us after the meal we had.

By the way, I apologize for the terrible quality of the photos I took. It is inexcusable and no way to pay proper tribute to Café des Sources’ many, many, many garlic dishes.

Café des Sources was packed the night we went, which is always a good sign especially on a weeknight, and the food – while a little too garlicky – was fairly decent. But seriously, Geneva, I’ve just about given up on you and sometimes I just want to throw in my foodie towel.