In my previous post, I wrote about Geneva’s repeated failed attempts at producing a half decent doughnut. Of all the places that sell doughnuts here, only one is even worth trying, and not because their product tastes or feels like a real doughnut, not because anyone actually bothered to glaze it, but only because at least it meets one requirement: inside, it’s actually soft. And while it takes more than that to make a doughnut, it’s a whole lot more than anyone else can say about their attempts in this city.

So where does one get the round, soft pastry with a hole in the middle that isn’t quite a doughnut but comes closer than anything else in Geneva? Migros. Yep, yep, the supermarket chain operates boulangeries throughout the city and if you go to the one in Balexert you can get yourself a Swiss sugar doughnut. You can also get donuts that have vanilla or chocolate icing on them but I would skip those altogether. 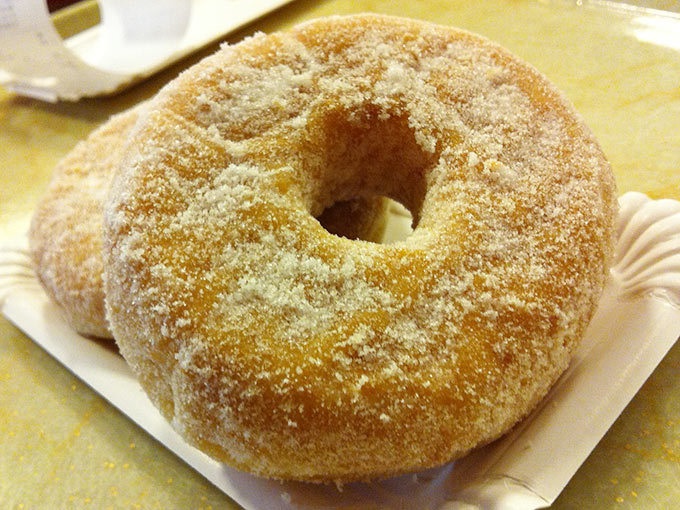 4 comments On Doughnuts – Sort Of